Back-To-Back NBA Champ LeBron James is working with the Starz tv network to create his own half-hour sitcom titled “Survivors Theme”. LeBron will be one of the executive producers of the show, which will explore the lives of two men from the streets who attain fame (one being an NBA star and one still in the streets) and how they deal with friends and families in the wake of that success. In an interview with the Associated Press LeBron explains:

I think the main thing for me is, first of all, making it out of a place where you’re not supposed to. You’re supposed to be a statistic and end up like the rest of the people in the inner city — (and) being one of the few to make it out and everyone looking at you to be the savior. When you make it out, everyone expects for — they automatically think that they made it out and it’s very tough for a young, African-American 18-year-old kid to now hold the responsibility of a whole city, of a whole community. I can relate to that as well. 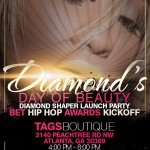 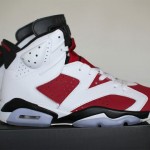