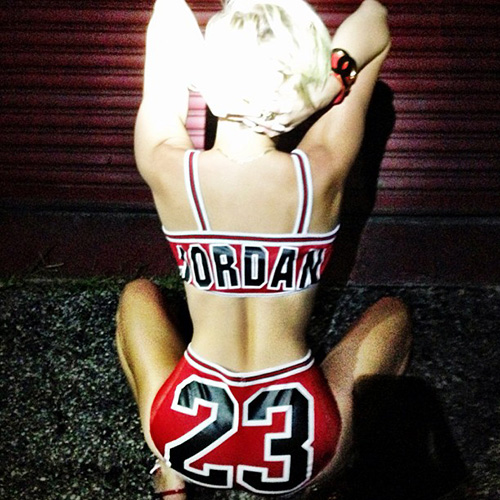 A few weeks after appearing in Big Sean’s “Fire” video and laying a verse on French Montana’s “Ain’t Worried about Nothin‘,” she’s joined a few more rappers, while on the set of Mike Will Made It’s “23″ music video.

The visual is giving obvious props to Michael Jordan, and as homage, Miley will be rocking a custom Jordan jersey, that was recreated into a booty shorts ensemble.

Mike Will Made It (who also produced Miley’s “We Can’t Stop”) told MTV News that he ended up throwing Miley on “23″ after she spontaneously hopped in the booth and “killed it:

I already had Juicy J and Wiz on there, and then we were working on ‘We Can’t Stop,’ and I had a verse on there that was already laid down, but I wanted a girl to do it, but I didn’t know who I was going to do it with, and this was my first day meeting Miley, and we had just knocked out ‘We Can’t Stop’ and then I let her hear it, and she told me she liked it… She told my engineer, ‘Turn the mic on,’ and she went in the booth, then she laid down the verse, and she killed it. [So I] left her on there. She killed it, all swagged up. 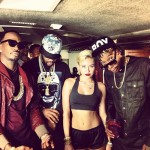 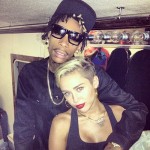 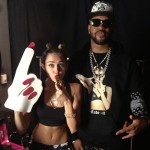 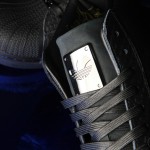 Big Sean x adidas Originals: From Detroit Player to the Hall of Fame

[video] What Happens When A Platinum Rapper & A Victoria’s Secret Model Take The Train To The VMA’s?